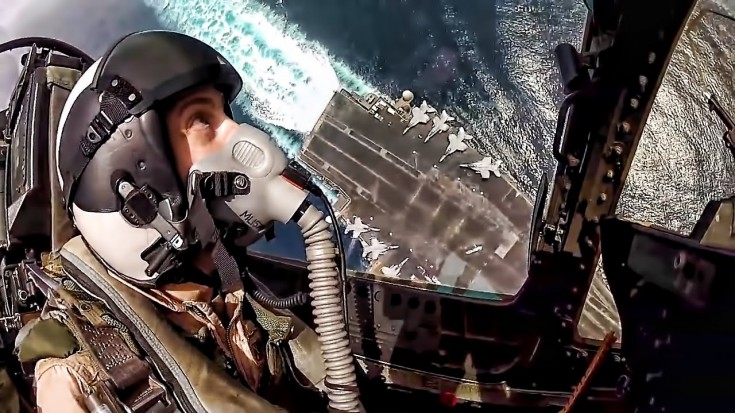 A product of both Boeing and Douglas, the F/A-18 Hornet is known as a multirole fighter, among the first of its kind. It had its first takeoff in November of 1978 and is still in service all around the world.

Manufactured with either one or two seats, the Hornet is used as a carrier attack plane by the U.S. Navy and as a fighter by the Marines. Whether in the hands of one or the other, the Hornet is perfectly capable of switching roles mid-mission.

Powered by two General Electric turbofans, the F/A-18 was also the first to have its wings built from carbon fiber and to have flight controls that are digital fly by wire. With a wingspan of 40 ft. and a top takeoff weight of 52,000 lbs., the Hornet can reach a top speed of 1,200 mph and reach a ceiling of 50,000 ft. Among its vast weaponry, the plane can load:

A reliable and enduring aircraft, the F/A-18 Hornet was used in many conflicts since 1986 like the Gulf War in which it brought down Mig-21’s belonging to the Iraqi army. Its reliability made it a perfect multinational fighter, and although it’s no spring chicken, the Hornet is now also in the service of countries like Canada, Australia, Finland, and many others.