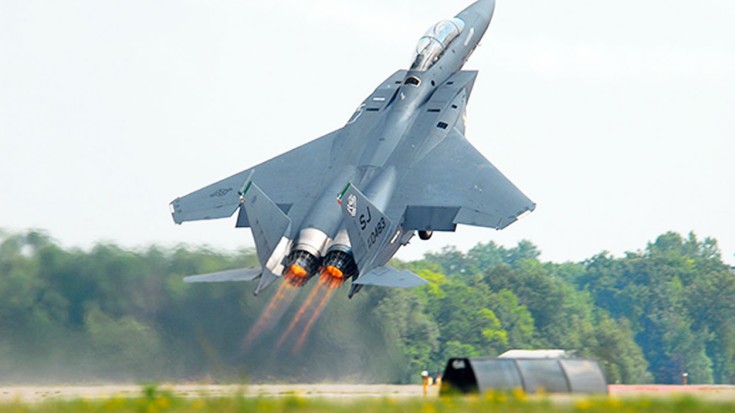 Here’s Something You Can Watch Again And Again…And Again!

This awesome video comes to us from Abbotsford, Canada and features flybys of some of the best jets ever made. Between the F-14, F-15 and A-10 it’s really hard to decide which one to love more. Designed for different purposes, these jets just dominate their respective fields.

The F-14 Tomcat was introduced to the U.S. Navy in 1974 and was just recently retired in 2006. In the air for three decades however, this air superiority fighter was also used for precision ground-attack missions. Its most notable features are the unique variable-sweep wings which move forward and back depending on the aircraft’s speed.

F-15 Eagles are legendary. Introduced in 1976, these all weather tactical fighters were meant to ensure air superiority. When it comes to that, they definitely did. With over 100 air victories, not one of them was ever shot down in the air.  Not a single one. They are staying in service until at least 2025.

As for this last flyby, it’s a fan favorite. The A-10 Thunderbolt II, or Warthog as it’s often called, is a pure close air support machine. With its nose mounted GAU-8 gatling gun, it mows through the enemy like butter. Also introduced in the 70s, they’re fighting to stay in the air as they’re becoming obsolete.