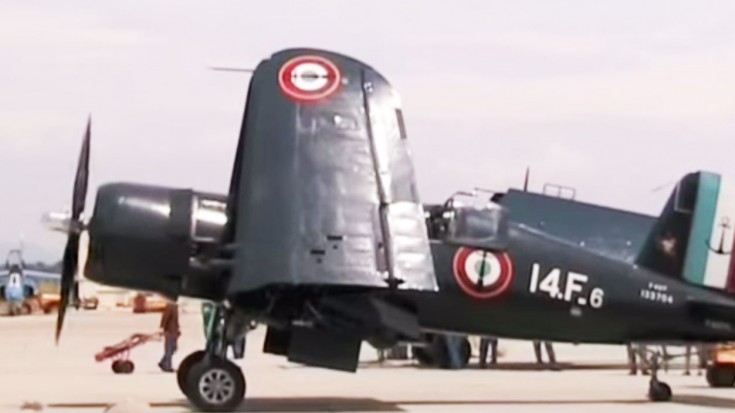 The Chance Vought F4U Corsair was an American designed and built fighter aircraft used by the U.S. Marines and later in the Navy. It was not until the British Fleet Air Arm fixed the Corsairs carrier landing issues that they were used by Allied Naval Forces however. Since the Corsair was designed specifically for the Navy, its wings fold upwards over the fuselage. This type of design is typical for carrier based planes, as it saved space on the deck so more planes could be stored.

First patented in 1913 by the Short Brothers, the first folding wings were hinged so they folded back, on the side of the planes’ fuselage. The main disadvantage of a folding wing however, is that hinges are necessary for the wings to fold, making the plane heavier. In addition, special electrical and fuel designs are necessary to accommodate this feature which sometimes makes the plane less aerodynamic.