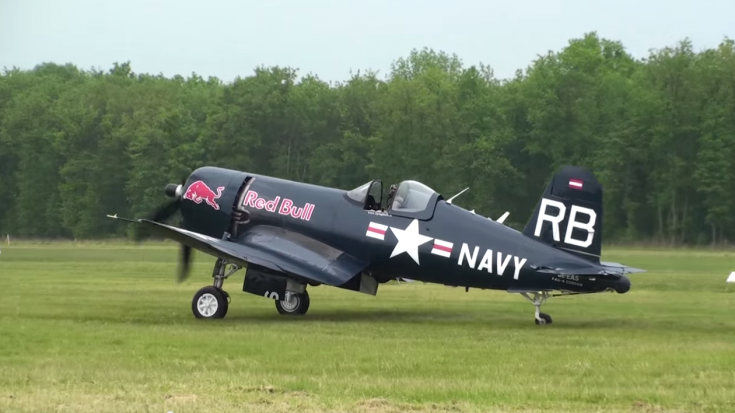 Watch This Gorgeous Corsair Cut Through The Air

The Second World War caused an avid race between military aircraft manufacturers around the world, though no competition was as balanced as the one taking place on US soil. Companies like Douglas, Boeing and Grumman fought for orders coming from the armed forces almost as much as their planes did in the skies above Europe and the Pacific. With such giants of industry, Chance Vought’s F4U Corsair came in as an unexpected contender for the best carrier-fighter of WW2.

However, the Corsair, although intended to takeoff from aircraft carriers, had its issues in the beginning. Difficult to handle on such a small surface, like a carrier deck, the fighter remained in the shadow of the Grumman Hellcat until the last years of world war conflict, when its landing capabilities were improved.

A well balanced piece of machinery, the F4U Corsair continued its service for the US Navy and the Marine Corps in the Korean War, a conflict in which the fighter was the first string among its carrier aircraft peers. It was retired from service decades later, in 1979, in Honduras.