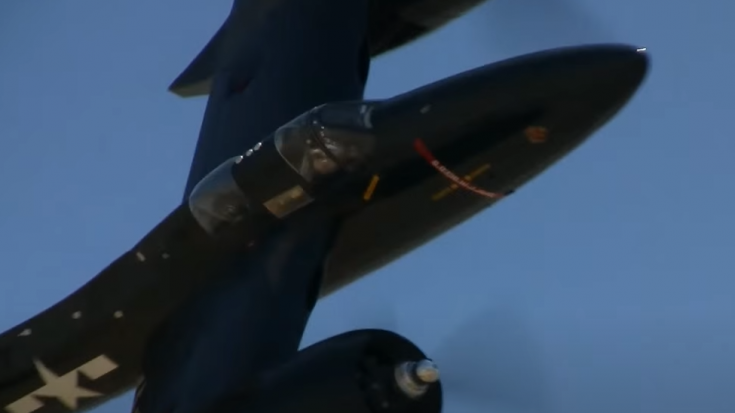 The Grumman 7F7 Tigercat is a warbird you don’t see every day, and you didn’t even see them during WWII. This heavy narrowly missed its chance to fight in World War II due to its late development. The 7F7 Tigercat would see combat years later in the Korean War as one of the propeller aircraft years used in the conflict. It is estimated that only seven Tigercats are flying condition and the fine folks at Planes of Fame are fortunate enough to have one in their collection.

“Too late for service in World War II, the Tigercat served in several Marine Corps squadrons after the war and later performed close air support, night fighter, reconnaissance and utility missions during the Korean War. Well designed, the F7F was one of the fastest fighters of the World War II era.”

Among the cat fighters from the Grumman company, this fighter was designed to outperform every operational fighter in World War II. Given the chance, it may have been able to but the invention of the jet engine ultimately led to more effective fighters.

The way this Tigercat flies with intense speed, agility, and power you would think it was a modern age fighter jet. This video from Planes of Fame shows just how incredible the Grumman F7F Tigercat could have been in WWII.