F7F Tigercat Slices Up The Skies 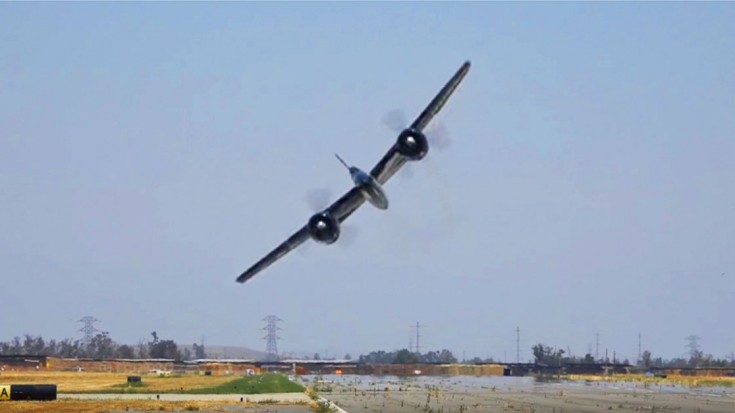 Between The Plane And The Filming, This Is One Great Clip!

Grumman’s F7F Tigercats are one of those warbirds that not many people know about, but once they do, they love them. They were lost somewhere between World War II and the Korean War, being really great Navy planes for World War II that just ended and too obsolete at the dawn of the jet age.

Nonetheless, out of the 364 planes produced, only 7 remain airworthy. They were meant to be heavy fighters for the USN and the USMC but only saw minimal action as night fighters during the Korean War. They are extremely maneuverable and one hell of a plane to look at as you’ll see in this video.

This video was recorded during the Planes of Fame Air Show in 2015. It’s flown by Stew Dawson, a man that knows how to handle a two engined vintage warbird as you’ll see in a bit.

Stew is a proud owner of a Hawker Fury FB.11 which he flies to various airshows around the country. As he’s a skilled pilot, he was given the opportunity to fly Here, Kitty Kitty, a Tigercat owned and operated by Lewis Air Legends in Texas.

And fly he does. Check this out!