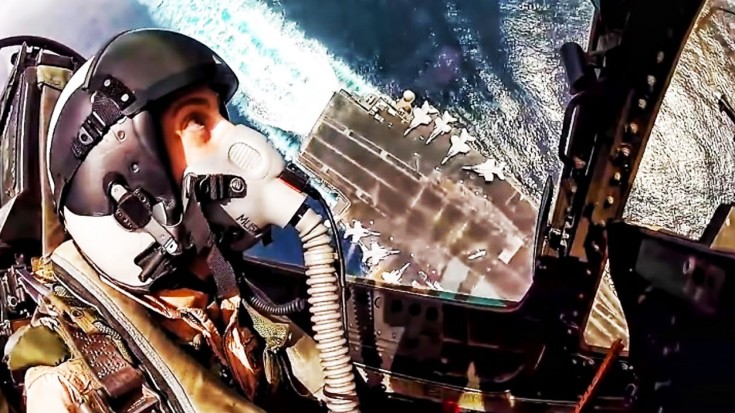 Navy Pilots Are The Best.

This video is brought to us from a Youtube user by the name of Gung Ho Vids. We still didn’t figure out how, but this guy manages to get the best and coolest videos of the military the day they happen. At least that’s how it seems. From ground battles to air exercises, Gung Ho Vids uploads them in high resolution for all of us to enjoy.

We of course, are thankful for that. This video is as heart pumping as ever, featuring not only our favorite Navy fighter jets but also pilots who fly them very well. Featuring both interior and exterior viewpoints, this footage in nothing short of extraordinary.

F/A-18 Hornets, made by Boeing, are all-weather multirole combat jets which are carrier compatible.

At the end of 2014, USS Enterprise and her entire crew were conducting exercises. The footage will show you the Hornets taking off, but then some awesome shots of flight as well. Although the high altitude viewpoint was pretty awesome, it’s the low ones that really got us.

Flying in tandem, you’ll first see a low flying Hornet extremely close to the water from the wingman’s perspective. As awesome as that is, the video then switches to the actual pilot’s cockpit while he’s flying what seems like inches from the ocean surface.

It’s magnificent to say the least. Hope you enjoy it!