Despite All The Crashes,This Bf 109 Red 7s Handles Like A Dream 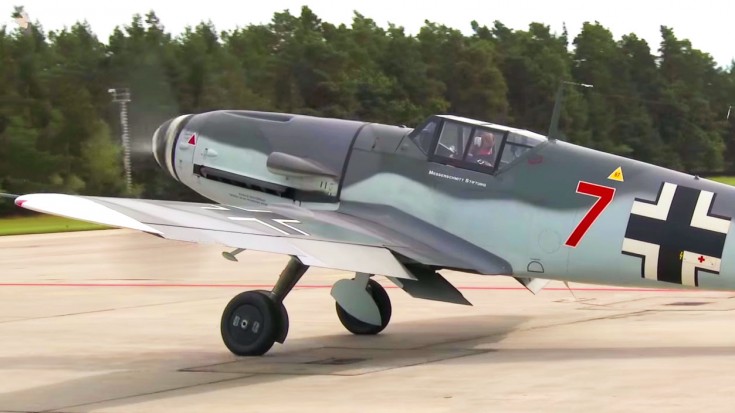 Meet the Messerschmitt Bf 109G-4 named Rote Sieben (Red 7), a great sounding machine that went through a series of accidents but still keeps on flying. She was originally built as a Hispano in 1950s and has served in the Spanish Air Force. After retiring from the service, she was bought by a movie studio in Britain, starring in the famous movie Battle Of Britain. During shooting however, she crashed upon takeoff and was severely damaged. It wasn’t until 1986 that she flew again, this time in the United States after being restored, but crashed upon takeoff yet again.

It took over 30,000 hours to restore the Red 7 to airworthy condition.

Falling apart, she was brought to Germany where she exchanged hands for quite some time. Finally, bought by the Messerschmitt Air Company in 1998, she was restored to flying condition after six years of work. After only a year of flying, she crashed while landing due to gear failure, sending her into a spin that ripped out the engine. Her flying time would be over if she wasn’t taken in by another company, which restored her for the next 2 years. Two weeks after her first flight, she crash landed yet again, this time causing minimal damage. Quickly restored she crashed yet again after in 2013, this video being the first flight since that crash.