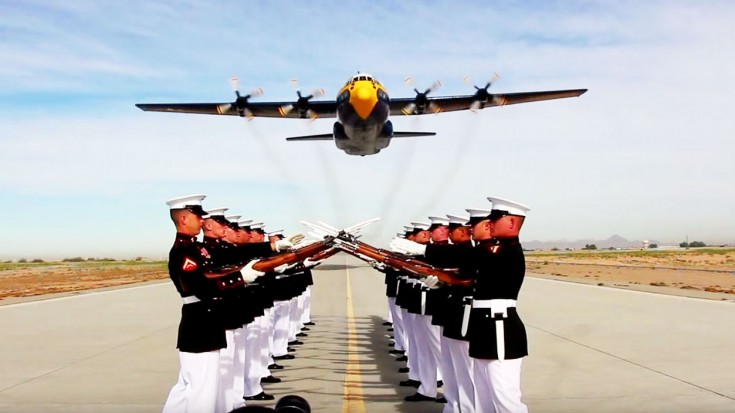 This awesome display of military discipline was brought to you by the Silent Drill Platoon and The Blue Angels. Filmed at the Marine Corps Air Station in Yuma, Arizona, these two highly regarded squadrons put on a show that as you can expect, was perfect. The United States Marine Corps Silent Drill Platoon was formed in 1948 as a one time show, but has remained active to this day as it showcases the Marine Corps discipline. In addition to their drill, this year the Blue Angels, regarded as the best pilots in the world, became part of the show as well.

The Blue Angel’s first performance took place in 1946, just one year after World War II ended. Also meant to be a one time show to showcase the Navy’s skill and power, the reception was so great that it became a recurring demonstration for the next seven decades. Starting out with Grumman F8F Bearcats, the ‘Blues’ have flown eight different demonstration aircraft and five different support aircraft. From 1970, they’ve been flying the C-130 Hercules which you’ll see in this video.