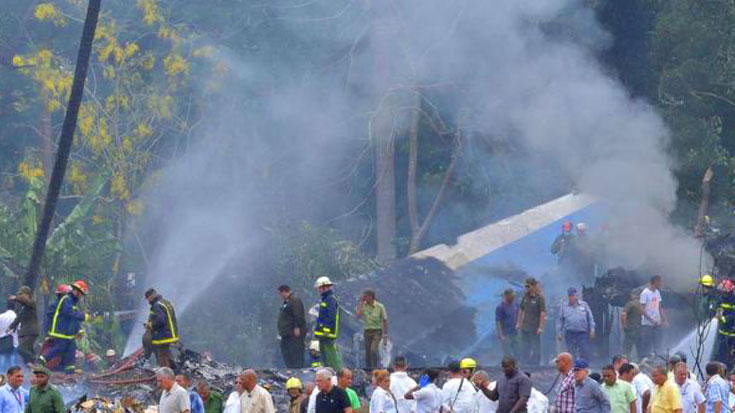 News has come in that a Boeing 737 carrying over 100 passengers has crashed.  The Airliner departing from Jose Marti International Airport in Havana, Cuba fell to earth. Officials are reporting that over 100 people died in the crash but there are three survivors who have been pulled from the wreckage.

“There has been an unfortunate aviation accident. The news is not very promising, it seems that there is a high number of victims.”

Details are still scarce but it appears that the plane began to break apart shortly after takeoff. The 737 crashed 12 miles south of Havana, Cuba near a farm and emergency services followed shortly. Things are not looking good but three passengers survived the crash and are in critical condition.

The exact cause of the accident is currently unknown but several Cuban airline companies have taken steps to retire older planes. An investigation is underway to find the cause of the specific cause of the 737’s crash, representatives from Boeing will also join the examination.

“We are aware of news reports out of Cuba and are closely monitoring the situation.”

The incident is very recent but you can find more details about the crash in the following link.