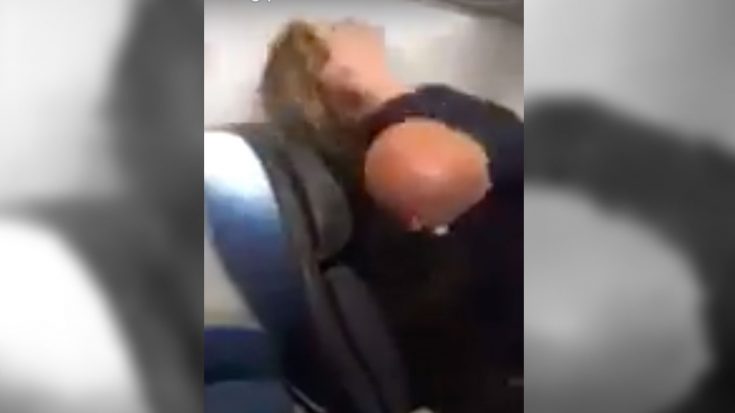 Passengers Had To Detain The Deranged Woman Themselves.

On March 5th, 2018, a woman aboard SkyWest Airlines Flight 5449 was arrested after trying to open the door during flight. Passengers told news outlets the lady wasn’t acting right from the start, but many chalked it up to her trying to get over her fear of flying. That was certainly not the case.

The flight from San Francisco to Boise, Idaho continued as planned after a brief outburst by the then unruly passenger in the beginning but as they got closer to their destination, the woman started acting up again, this time, with a more sinister mindset.

MIDAIR SCARE: An unruly passenger was caught on camera being wrestled into the aisle during a SkyWest flight from San Francisco to Boise, with the airline saying she tried to open a cabin door mid-flight. @DavidMuir reports. #TheIndex pic.twitter.com/e9M5IiKy48

Danny Torres, one of the passengers on the flight, told reporters, “she got up from her seat, started screaming, ran straight to the door and tried opening it.” With all the commotion going on in the back, the pilot got on the loudspeaker and told everyone in the cabin to take the woman down no matter what it takes. They gladly obliged.

The woman, whose name has not yet been released, was pinned to the floor in the aisle until the flight landed safely. Boise Police was waiting on the scene and took her in as soon as the doors opened. Tthe FBI is now investigating her for any terrorist affiliations.

Here’s a video from one of the people on board.

Below is the official news story.