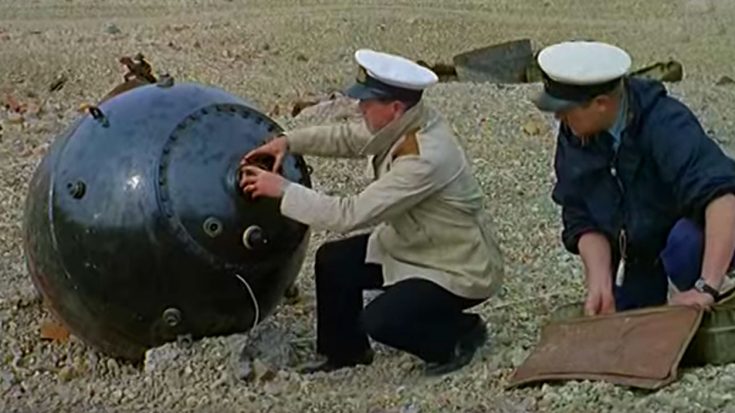 During World War II was under siege by Nazi Germany from an undersea threat, German U-Boats. These unseen menaces would sabotage British military and civilian vessels in a play for power, so to stop them the RAF planted mines in nearby waters. With so many mines planted throughout the waters, a few have been known to wash up on the shore, so when that happens they bring in the bomb squad to dispose of them.

The RAF is said to have placed over 48,000 naval mines in their surrounding waters which destroyed about 1,050 Axis warships and damaged another 500. They were more effective when used as an offensive tool in enemy waters, they didn’t garner many kills when used for defensive purposes but still provided ample protection.

“Some 170,000 mines were laid in protective fields by surface ships, the majority in the Iceland and Faeroes passages. This massive effort resulted in exactly one U-boat (U-647) being sunk and had no appreciable effect on the number of U-boats engaged in anti-commerce operations.”

These spherical weapons of war still persist to this day, breaking free of their chains and washing up on beaches. Fortunately, there are reliable bomb squads who can safely detonate these bombs, check out these guys in action blasting this huge mine.