Few Remember Douglas MacArthur’s Time As The Emperor Of Japan 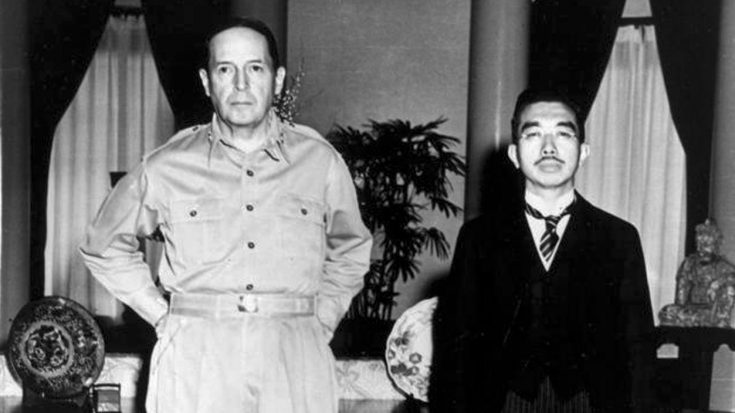 It has been over 70 years since Japan surrendered to the Allied Forces and ended World War II. They knew they could not continue following a declaration of war from Russia as well as two atomic bomb attacks. On September 2nd, 1945 Japanese officials signed terms of surrender aboard the USS Missouri alongside representatives of the Allied Forces. Upon their surrender, General MacArthur was given the title of the interim ruler of Japan and set out to repair the damaged nation.

“As Supreme Commander for the Allied Powers, I announce it my firm purpose, in the tradition of the countries I represent, to proceed in the discharge of my responsibilities with justice and tolerance, while taking all necessary dispositions to insure that the terms of surrender are fully, promptly, and faithfully complied with.”

The American Emperor was in control, but he clearly wanted peace. MacArthur was pressured to prosecute Emperor Hirohito for war crimes but decided against it because removing him would result in uprisings. Instead, he led an investigation into the war crimes and felt that the country had been hijacked by the military leaders. In a stunning twist of fate, Emperor Hirohito declared himself human rather than a god-like entity his subjects saw him for and vowed to work with General MacArthur to rebuild the damaged infrastructure. Many things followed events followed in the transition such as the establishment of a parliamentary system to help govern Japan, brought forth a human rights campaign and the drafting of a new constitution.

General MacArthur accomplished much during his time as Gaijin Shogun (foreign military ruler) and Japan is a much better place thanks to his efforts. Tom Brokaw who celebrates his 50th with NBC news reports on the surrender the surrender of Japan 71 years ago.