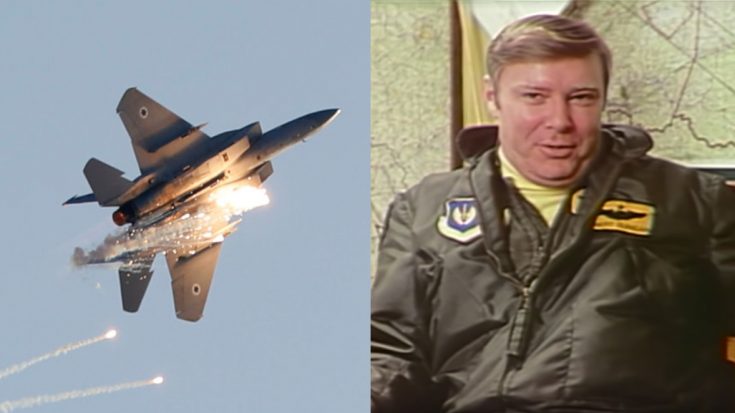 3. The Pilot Is Always Ready

In 1985, filmmaker David Hoffman spent three weeks with a unit of F-15 fighter pilots in Germany during the Cold War. Impressed with their intelligence, candor, and skill, the result was the documentary “F15 Fighter Pilots: The Wing.” In this powerful interview, one common theme rang true for all of them- however they felt about war, when duty calls, they’ll be there.

2. Only One Of Us Will Leave The Fight

Every time a fighter pilot takes to the sky, he understands the possibility that he might not return. When faced with an opponent, the odds are 50/50.  And so, the pilots gives his all, making lightning quick decisions that could decide if he lives or dies. The mental toll is a heavy burden.

The physical toll is also an enormous challenge. One pilot talks about balancing the weight of his head and how difficult it is to maneuver around the cockpit. The grunting noises in this clip’s flying footage can attest to that.

But the most compelling part of the interview is the pilots’ comments on war. Many of them had been though Vietnam and seen their friends fall. And war is not something they would wish upon anyone. Hearing them speak their minds so candidly is incredibly moving, especially knowing that each and every one of them would, without question, sacrifice everything.

“My dad told me something once…I fought in the war so that you wouldn’t have to. It’s a continuing thing. We could doing it because we keep hoping that some place down the road, somebody will not have to do it. It hasn’t worked yet…But I will say this, if it happens and we have to fight in it, I’ll be there. -Lieutenant Colonel Gene Jackson

See the powerful clip below.