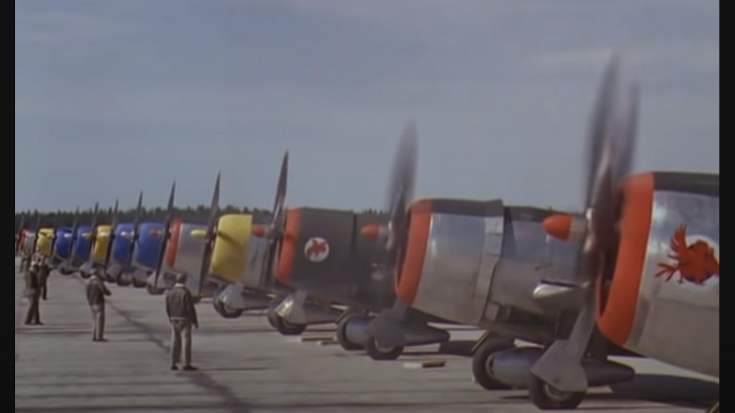 Who wouldn’t love that quick montage they did with the Thunderbolts in the beginning? That scene must have been a crowd favorite on the big screen!

In total, sixteen real P-47 Thunderbolts were used to film the movie. The Air National Guard of Georgia, North Carolina, and Tennessee provided the aircraft to them, which is why they have different markings.

Later in the video, you might notice some out-of-place fighters on the German side. Obviously, the producers didn’t have access to any German aircraft – what with it being filmed less than half a decade before the war. Instead, they used P-51 Mustangs with German balkenkreuz markings.

Did you enjoy the montage as much as we did? Sound off in the comments below!