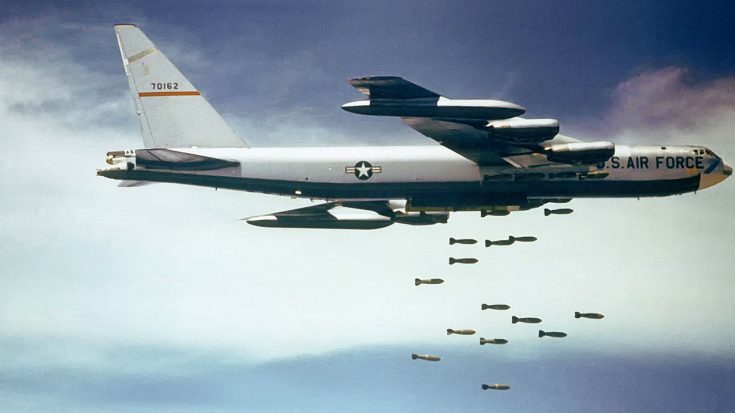 Do Or Die Situation.

The mid-1950s was a tense period for the United States and their allies in Europe in a standoff with Russia. It was a time of fear, anger, and uncertainty, it was the time of the Cold War. This was a time of war and preparing for nuclear attacks and no aircraft was more suited for the mission than nuclear bombers.

The National Atlantic Treaty Organization (NATO) formed in 1949 by a group of 12 countries sworn to thwart enemy attacks. The largest looming threat was the Soviet Union and their growing nuclear arsenal and the best way to stop them was with a larger nuclear arsenal. Fighter jets could only do so much against an enemy base so bombers took up the duties of attacking potential threats. In the 1950s bomber pilots were stationed all over Europe in the case of Soviet attack.

“I flew an aircraft called Canberra B(I)8, they were wired for nuclear weapons but we didn’t have them. Each crew was allocated a target, the plan was to fly as high as possible for the first bit and upon reaching the edge of the Soviet radar at about 450 knots and at a precalculated point pull up into a 3G half loop and at 45 degrees, release the weapon.”

Nuclear bombers such as the B-52 and the English Electric Canberra did their part to hold off the Cold War from becoming a worse situation than it already was. The American Heroes channel has prepared a short film featuring these rare nuclear bombers as well as interviews with the pilots who flew then in the following clip.