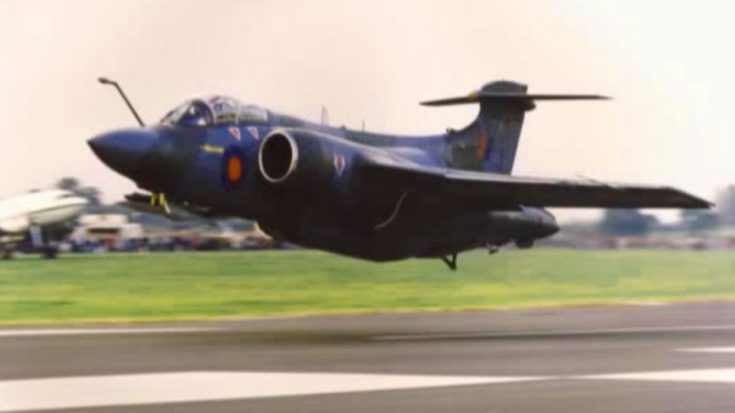 The Blackburn Buccaneer is a magnificent aircraft that served the Royal Air Force for over 30 years. But all good things must come to an end and in Cranfield, England in 1993 the Buccaneer gave its final public display.

Blackburn Buccaneer distinguished itself with several innovative qualities. At first glance the Buccaneer’s speed and agility you might mistake it for a fighter but it is actually a nuclear bomber. Its high speed paired with its low-altitude flight allowed it to fly under an enemy’s radar to avoid detection. Heavy armor plating allowed the Buccaneer to resist attacks from enemy fighters as well as the impact of its own nuclear payload after detonation. The canopy provides a full clear view allowing the pilot better visuals on the target area for a bombing.

Unfortunately, the Blackburn Buccaneer was mainly used in maritime operations and their role was diminished after the Royal Navy began retiring their aircraft carriers. It saw combat all the way up until the Gulf War in the early 1990s but some units began to experience metal fatigue and were not in compliance with pollution regulations of the time.

This video shows the final public display of the Blackburn Buccaneer before its retirement, take a moment to enjoy this piece of history.