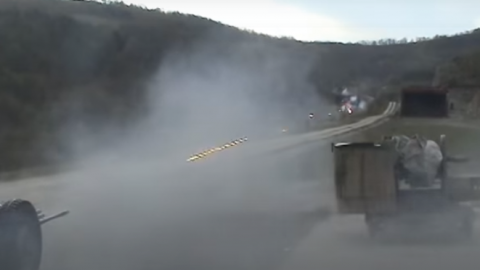 The 20mm Hispano Cannon Was Powerful

The de Havilland Mosquito was thought up at first as a light-bomber plane, meant to drop ordinance and get out as quickly as it came in. It was also a plane that might not have been produced at all if not for World War II quickly reaching the UK. Its almost completely wooden body was a cause for refusal in the beginning by the RAF, but soon after, the materials use made perfect sense, considering the scarcity of proper metals.

Although incredibly light for a bomber aircraft and designed for flight instead of fight, the Mosquito (or Mossie, as dubbed by its pilots), ended up with quite the firepower, having no less than four cannons fitted beneath the floor of the cockpit.

The 20mm Hispano cannon (de Havilland Mosquito) played an important part in changing the plane’s initial purpose. Besides its bomber role, the Mosquito could also act as a nighttime fighter, an intruder, a fighter-bomber and all other parts in between, making it one of the most versatile wooden framed planes of WW2.