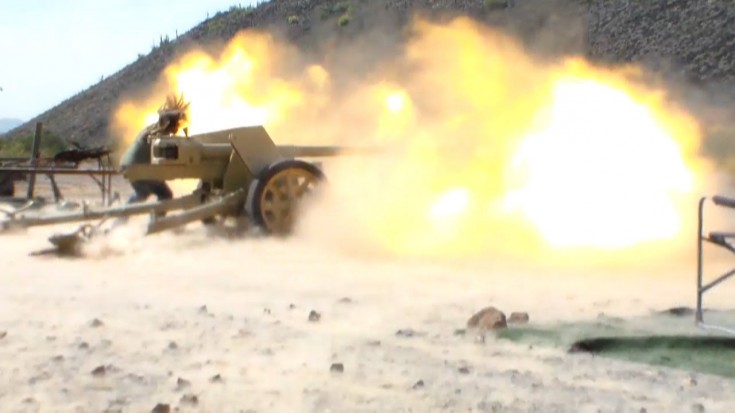 The 7.5 cm PaK 40 was the German Army’s most-deployed anti-tank gun. It was designed by Rheinmetall with approximately 20,000 units built. It weighed 1,425 kg and could fire 14 rounds per minute. This was mainly developed as a counter measure against the increasing number of tank armors.

The PaK 40 formed the backbone of German anti-tank guns for the latter part of World War II, mostly in towed form, but also on a number of tank destroyers such as the Marder series.

Although the development of the PaK 40 wasn’t given the top priority at first, it all changed when the heavily armored tanks of Soviet Union made its appearance following Operation Barbarossa. Initial production was slow though since they could only deliver 15 units each month. Nevertheless, it was eventually given the highest priority. In terms of design, it retained much of the general layout of the PaK 38. There’s also a modified version of this gun.