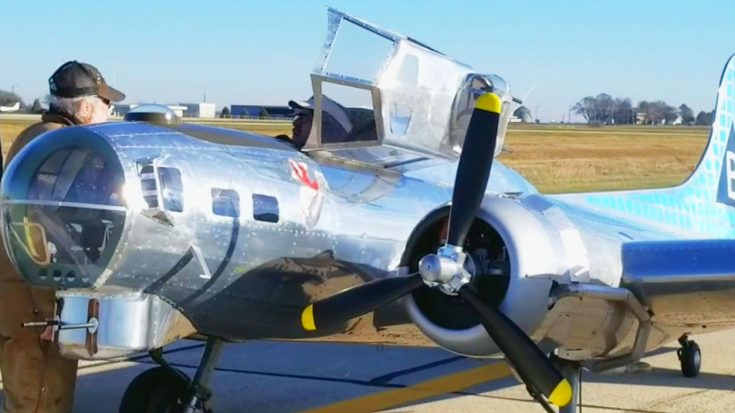 We’ve been covering this build for quite some time, although World War Wings was not even around when this ambitious man set out to build his dream machine. After giving you folks updates on the build, we can finally say this beauty got certified, fired up and took off.

Below, you’ll find the best videos of Bally’s Bomber we could find. There’s one of the takeoff, a flyby and finally one of the landing. This thing looks spectacular and although doesn’t sound like the real thing (it can’t of course as it’s 1/3rd the size) but still incredibly interesting to hear.

For those of you who are new to this news, you can read the full story with pictures on the build here. If you’re not keen on long stories, however, here are is the short version. Jack Bally of Illinois was having a few beers and decided to build this 1/3 scale B-17 back in 1999. After 17 years and some 25,000 of labor, he finally finished it but had someone else fly it for him. Not as interesting as reading his notes on the build but this is basically what happened.