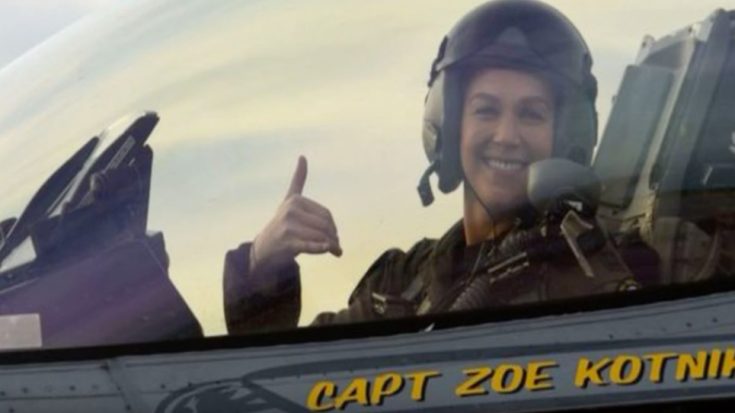 On January 29, 2019, Captain Zoe Kotnik made history as the first female pilot selected to head the F-16 Viper demonstration team. But just two weeks later, she no longer holds that position.

Kotnik was relieved of her duties as Commander on February 11th by Colonel Derek O’Malley, 20th Fighter Wing commander. He expressed a loss of confidence in her ability to lead, vaguely citing “mistakes” on her part.

“As good people, like Capt. Kotnik, make mistakes, I want them to have the opportunity to learn from them without being under public scrutiny and to continue to be a part of this great service. They’ll be better for the experience, and in turn, we’ll be better as an Air Force.” – Colonel Derek O’Malley

Kotnik had risen to an almost comic-book like superhero status at her selection. In fact, the announcement of her new position came in a Captain Marvel- like tweet.

Call sign “SiS”, the F16 pilot graduated from the Air Force Academy in 2011, earned her wings in 2013, and has flown over 1,000 hours. She flew air defense missions supporting Operation Noble Eagle and had also deployed in South Korea.

Kotnik’s first appearance as the Viper’s commander would have been at the Naval Air Station Key West in Florida on March 30th. Major John “Rain” Waters, last season’s Viper demo commander, will be taking command.

Lips are currently sealed tight about what exactly warranted the removal, but Kotnik, who will no longer be flying with the team, will still be serving in a non-supervisory role with the 20th fighter wing.