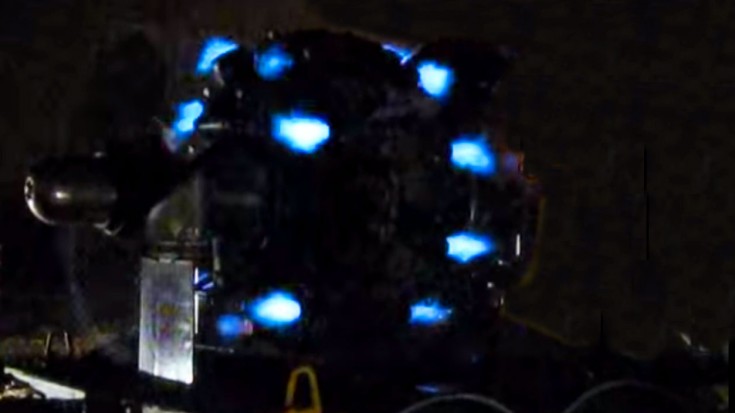 These Volunteers Give The Spectators Quite An Explosive Startup!

This group of volunteers give onlookers a great night show with their R-3350. Saying that it’s the #4 engine from a B-29 Superfortress, they wheel this beast out during the night. What makes this even better was the cameraman’s reaction when this monster came to life. The camera nearly flew out of his hands! He did to a good job for the remainder of the time however, capturing a great night shot of the headers firing away. It’s a really pretty sight, not to mention the great sound.

The R-3350s were one of the most powerful radial aviation engines in the world, but they were quite temperamental and have led to many engine fires

The Wright R-3350 was an 18 cylinder, twin row, supercharged, air-cooled radial engine produced in the United States. The first test run of the R-3350 took place in May 1937, but the development process was slow and painful due to the complexity of the engine itself. Wrights previous engine, the R-2600, was already performing well and received most of the orders. With the advent of new planes like the B-29 Superfortress however, engines with more power were needed, kicking innovation into hight gear. Improved, the B-29s were fitted with the R-3350, which flew them with mixed results.