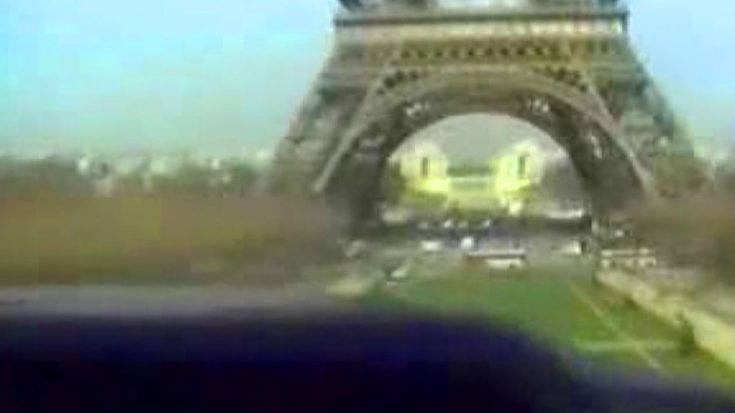 A Mountain Of Paperwork.

We all know of the famous World War II story of a Bf-109 getting chased under the Eiffel Tower by a P-51 Mustang. The story, if you don’t know, was a morale booster for the French when they saw it unfold.

Long story short, a young American pilot by the name of William Overstreet Jr. was honed in on a German fighter pilot. The ensuing dogfight forced the German to make a last-ditch effort to lose Overstreet’s P-51 named Belin Express by flying under the Eiffel Tower, something he thought would make Overstreet give up the chase.

Overstreet ducked right under the tower and continued firing, hitting the German aircraft in the engine, subsequently making it going down. It was years later that he found out his kill “lifted the spirit of the French” as one witness put it.

Now, don’t get us wrong. The clip below is nothing compared to the story above but is still neat to see. We tried to dig up the background of this stunt but were unable to find any information about it.

We do know one thing, however. There was definitely a lot of paperwork involved to make this video happen whereas during World War II, you did what you had to do.