Flashback: That Time A Civilian Took His Jet To Buzz The Crowded Santa Monica Pier 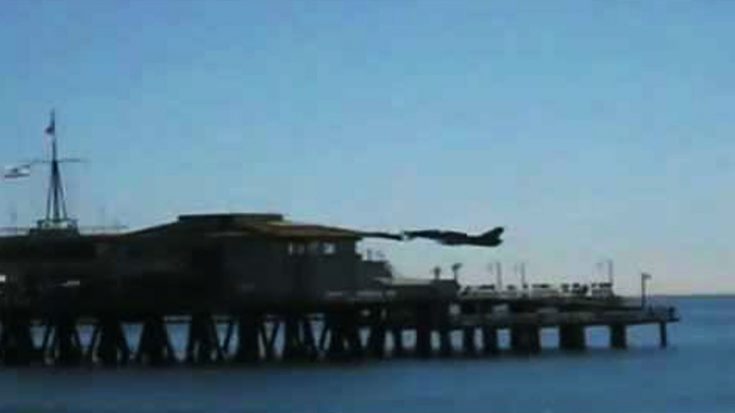 Not Your Average Day At The Santa Monica Pier

Please tell us we’re not the only ones who were more amazed than scared with this buzzing at very low level. Come on, it’s not every day you get to see and enjoy something like that and it’s totally one for the books! It looks like the jet was handled pretty skillfully and it’s rare for a close encounter like that. We’d probably be too excited to witness such an incredible fly by to bother doing anything else, we might even forget to record the entire “mini air show”.

Anyway, after this was reported (because it scared a lot of people), the pilot (David Riggs) was fired and his license was revoked. He was also arrested and eventually convicted because of this particular aggressive aerobatics. The 911 calls proved to be a good move by the onlookers though since this wasn’t really Rigg’s first dangerous aerial activity.