Flying Over Texas In A B-17: Bombardier Vantage Point 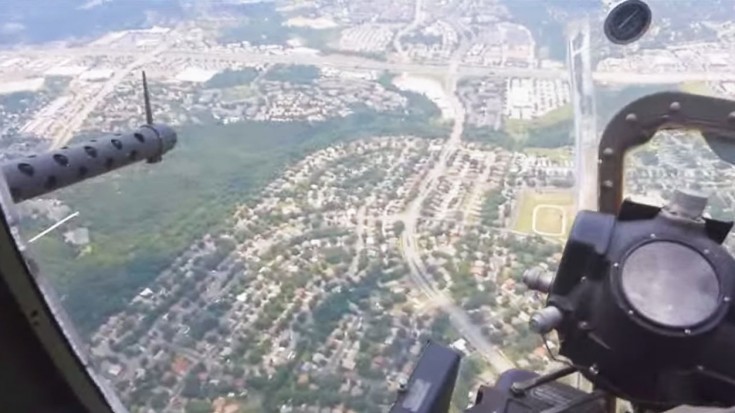 This historic B-17 Flying Fortress is in fantastic shape for her age. Built in 1944 by Douglas Aircraft Corporation in California, she was designated B-17G-95-DL 44-83872. Right before the end of World War II she was assigned to the United States Navy as a Patrol Bomber. She was modified to accommodate the Navy’s demands and served well until retirement in 1955 after which she was placed in storage. For the next decade, she changed hands a few times and was mostly used as a survey aircraft until her final owners, the Commemorative Air Force, bought her in 1967 for about $50,000.

B-17 Flying Fortresses are one of the most iconic bombers of World War II, so much so that many movies were made about them and their crews.

In the mid 80s, over $300,000 were invested by the Commemorative Air Force to restore this B-17 back to her original B-17G configuration. The name Texas Raiders was given to her during the original restoration to commemorate all the Texan aviators who served. In this video, you’ll see a wonderful walkthrough of the Texas Raiders, plus flight footage in the bombardier position with some really insightful commentary.