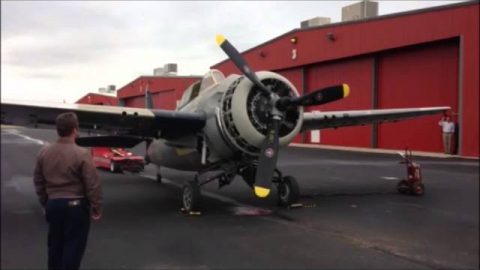 General Motors FM-2 Wildcat is an enhanced version of the Grumman F4F-4. It has a taller fin than the latter and was also modified to have an enhanced power plant and ammunition capacity. The directional stability was also improved with a modified fin.

The video shows us the FM-2 Wildcat BU 86774 which hasn’t been started ever since it was grounded in the late 1940s. The plane was flown with an original “shotgun starter,” and started with original shells that were made back in 1943. Despite this, this old warbird is still in good shape- well-preserved and restored. Amazing how quickly that shell spun the engine.

Plus, we can’t get enough of the sound of those engines running, and how iconic planes like this coming to life again!