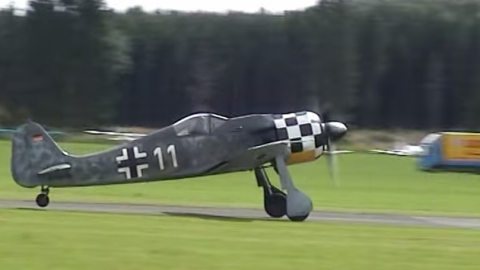 The Focke-Wulf FW 190 first made its appearance in the skies above France, in 1941. What was to become the Luftwaffe’s workhorse for many years to come, gave the Allies a run for their money, as the best performing fighter plane of the early 1940’s. Used as a fighter, a support plane or as a mix of fighter-bomber, the FW 190 first took flight on June 1 1939.

A sturdy fighter with a design that continuously improved through the Second World War, the Focke-Wulf FW 190 was a ubiquitous presence from 1941 onward and was one of the most popular Luftwaffe aircraft, up until the defeat of the German forces.