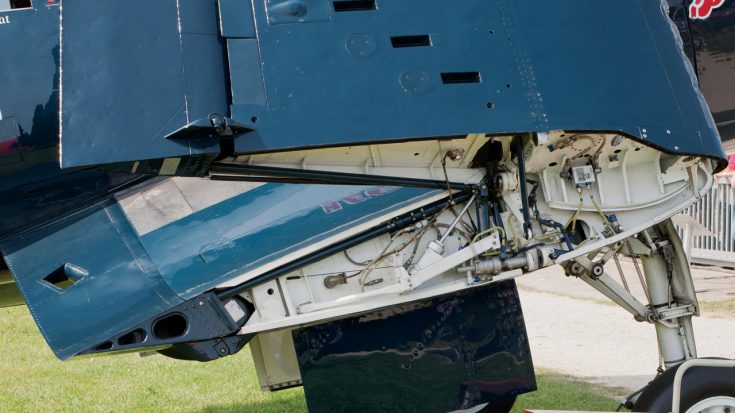 We have to be frank with you here. We love World War II warbirds for many reasons. Their history, technology and even looks are some of them, but none of us here ever got a pilot’s license. At least not yet. What we mean here is that although we know a lot about aviation, we’re just book worms. Even if we did though, flying a Corsair might be a far reach anyway. Here’s what we mean.

We know that this Navy bird was equipped with folding wings in order to save space on a carrier deck. That’s a no brainer, as most if not all seaborne aircraft are designed that way. How it’s actually done, well, that’s another story.

We found this really neat video which was filmed by the Commemorative Air Force. Based in Dallas, Texas, this museum set out on a mission back in 1957 to save as many of these magnificent warbirds as possible. They’ve definitely succeeded. Out of the 162 planes they saved, 144 are in airworthy condition and spread among 26 states.

Here, they put together a very informative tutorial of how to fold the wings on a Corsair. It’s a couple minutes long, but since you folks are just like us, you like to know this kind of stuff. Enjoy!