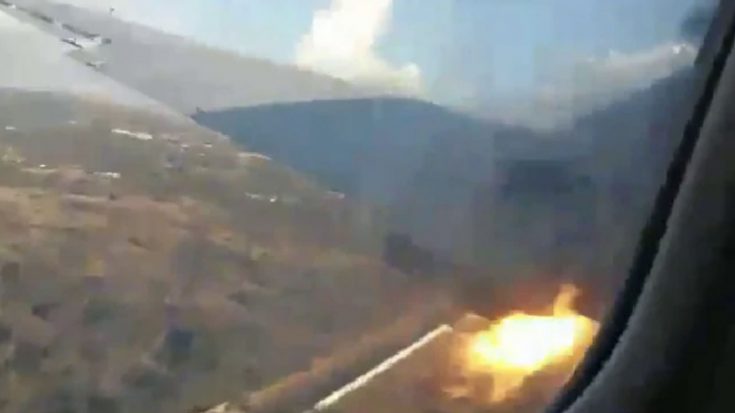 Terrifying footage just surfaced on the internet from a passenger on an ill-fated flight in South Africa that claimed two lives and injured many others including people on the ground.

Last week, 19 people took a sightseeing flight in an old Convair CV-340. Taking off from Wonderboom Airport in Pretoria, the portside engine started smoking immediately forcing the captains to cut it. Without much speed and altitude, the aircraft started going down, hitting a factory on the ground.

The passenger filming can be heard giving instructions to others in the fuselage telling them to strap in and “this is going to be bad.” Moments later, the screen goes black after hearing a loud bang.

After the dust inside the fuselage settled, movement could be heard and a beam of light entered the shattered aircraft. People started calling out and someone instructed survivors to exit the plane.

The crash is now under investigation by local authorities.