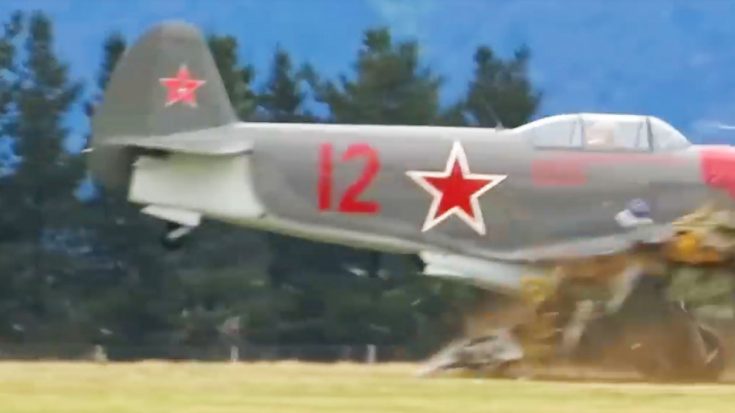 It All Happened During The Opening Ceremony Too…

Wings over Wanaka is one of the most anticipated airshows New Zealand has to offer. Started back in 1988, this biennial spectacle draws around 50,000-100,000 spectators and hosts a number of aircraft from over 5 air forces around the world. Although modern jets regularly perform, Wings over Wanaka hosts several older warbirds from World War I and II.

This year the opening act did not go as planned, however. Arthur Dovey, a former airline pilot, flew his rare Russian Yak 3 for spectators to see and although the display was spectacular, it was the landing that made people gasp.

Coming in on the grass next to the runway at about 10 am, Dovey stuck the landing perfectly but misjudged a hydraulic lift parked on the side of the runway and clipped his wing on it. Still, at speed, the fuselage turned violently and spun the aircraft around coming to a screaming halt. Although it looked violent, Dovey exited the cockpit on his own accord and did not suffer any injuries.

The Yak 3 however, sustained significant damage and mechanics are looking at the undercarriage as we speak. Although it could be salvaged, the general manager of the event was quoted saying,”they can all be rebuilt but it’s the cost of it.”