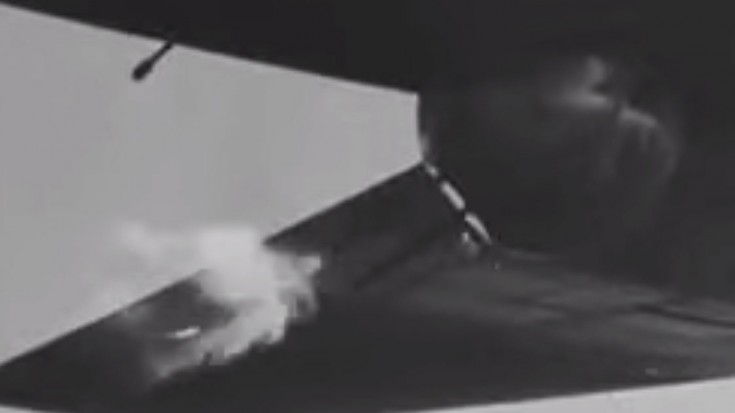 You Don’t See That Everyday.

Ball turret gunners were a special breed of airmen during World War II. We don’t mean that they needed to be short and small (they did as well) but the fact that that particular job required a crazy amount of bravery. Sure, they didn’t get to choose their positions, however, when they were assigned the job, they still needed to build up the courage to perform it.

Although this squadron managed to shoot down 43 planes, 38 Allied planes perished too.

Not only were you literally dangling from the bottom of the plane, you were totally exposed as fighter planes flew all around you. What’s more, flak was exploding right below you and you’d be the first thing they’d hit since your at the bottom of the plane. To add to this even, you couldn’t really move. Whatever was happening around you, your only option was to sit there and do your job. Phew, that sounds terrible.

In this video, you’ll see a B-17 squadron going out to do what they did do best. Bomb the daylights out of German targets. As always, where ever there’s a target of value, there’s loads of flak and loads of interceptors. You’ll see some great shots of both waist gunners and about 10 seconds of a ball turret actually firing.

This is the only such footage we found, and we’ve seen a lot of WWII footage believe us.

Fun Fact: American poet Randall Jarrell wrote a five-line poem called “The Death of the Ball Turret Gunner” which was published in 1945.

Being a ball turret gunner was definitely one of the most dangerous assignments during WW2. And it often went to the shortest man among the crew. It wasn’t easy what they had to go through. We have so much respect for these outstanding men!