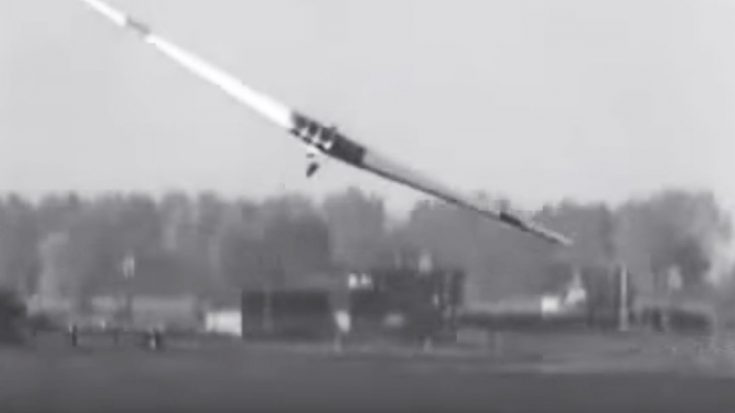 We all know about Northrop’s N-1M which was built in 1940, then evolving into the YB-35 flying wing in 1946 and eventually giving way to the B-2 Spirit, but the concept was already proven years before that. The Germans were experimenting with a tailless aircraft design back in 1935 before World War II even began and it actually flew.

The Horten H.II Habicht was called “Hawk” in English.

Although just a glider at first, one of the four prototypes built by Horten was the H.IIM and had a pusher style configuration. Although quite rudimentary in design and slow in performance (top speed of 143 mph), it’s surreal that this particular design was invented so early. Especially since the B-2 Spirit, quite possibly the stealthiest and most effective bomber in the world, is based on the same concept. There is a lot more technology put into it of course, but the basic concept is the same.

What we have here, however, is something we didn’t expect. While browsing YouTube for some new content, we found a test flight of the H.II from 1935. We had no idea this footage was around, so for all you flying wings fans out there, kick back and enjoy the video. It’s quite historical.