Footage Of Harriers Decimating Skyhawks During The Falklands War 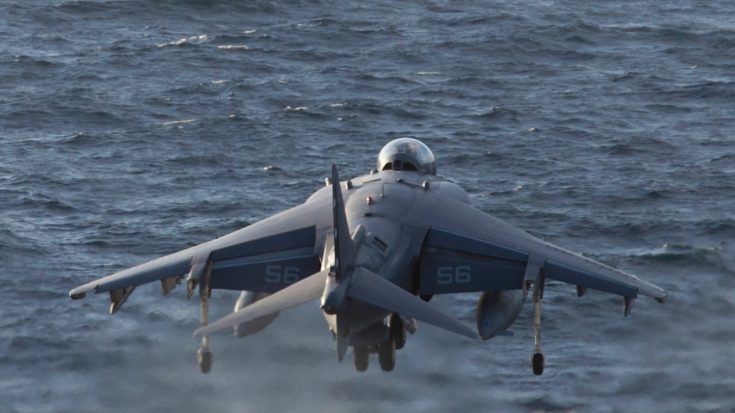 When Argentine President Leopoldo Galtieri invaded the Falkland islands in 1982 as part of a political strategy, he wasn’t prepared for the United Kingdom’s response. Though Argentina had the advantage of proximity and numbers, the U.K. had the British Aerospace Sea Harrier.

In this intense recap of events that unfolded, Lieutenant Commander David Morgan explains,

“The Argentines could field about 180 fast jet aircraft against our 21 Sea Harriers…We knew we were going to have a hard job.”

But apparently, the Argentines were also going to have a hard job.

Lieutenant Commander David Morgan and his wingman arrive in the Falklands only to encounter two British ships in flames and smoke. The ships had just been attacked by Argentine Skyhawks. On high alert, the two Sea Harrier pilots keep watch for a tense 40 minutes until they spot four enemy Skyhawks racing towards them on the horizon.

The Sea Harriers Score a Victory

With little time to react, Morgan immediately jumps into action, locking his missile onto the enemy and firing. One target down.

Like a rehearsed choreography, he finds himself perfectly lined up to take down the second and does so. Two targets down.

With two down and two to go, Morgan is out of missiles. He climbs, making way for his wingman to fire. Three targets down. The fourth  Skyhawk gives up the fight before the Harriers have their way with him, saving himself.

The Sea Harrier gained itself quite the reputation during the Falklands War, downing 21 enemy aircraft  between the 24  Sea Harriers and 14 Harrier GR3s deployed in the conflict. They did not sustain a single air-to-air loss. 28% of Argentina’s air losses were the fault of the Sea Harriers. Sounds like they had some darn good pilots.

Check out the video for the wild recap!