Footage of the Grumman AF Guardian In Action 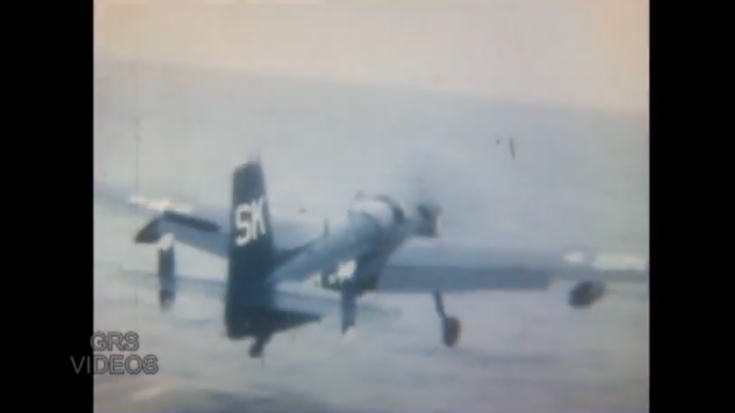 Originally a torpedo-bomber, the Navy changed its role after its first flight to an anti-submarine aircraft. Two years later, it was fitted with a Magnetic Anomaly Detector to help in discovering submerged submarines.

It was the largest single-engine piston-powered carrier-based aircraft to ever see service which came with its own setbacks. During the Korean War, pilots didn’t like how underpowered and heavy the Guardian was. It was also susceptible to a lot of accidents and was replaced by the Grumman Tracker after the end of the war.

After their service, it was used by the Aero Union in a forest firefighting role until 1978. Only 389 of these were built so footage of these planes is fairly hard to come by.