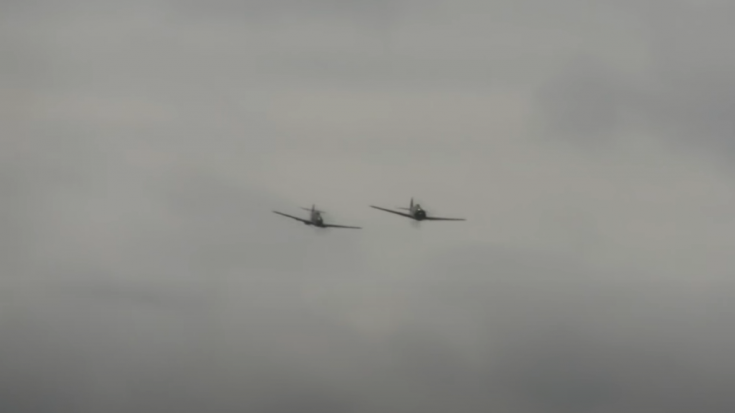 The Focke-Wulf Fw 190, was a German single-seat, single-engine fighter aircraft, and one of the most prominent planes used during World War II. This low-wing monoplane was ordered into production by the Luftwaffe in 1937 and was widely used. In fact, the FW 190 became the backbone of the Jagdwaffe, the Luftwaffe’s fighting force.

The video features footage of the last remaining airworthy Fw-190 from Paul Allen’s Flying Heritage Collection. It is powered by the only working original BMW-801, and we love the growl of the engine!

The aircraft first made its debut flight in 2011 along with its hangar mate, the Bf-109E-3. Seeing both legendary aircraft fly together, side by side is simply amazing. We’ll never get tired of hearing the sounds of these magnificent engines.