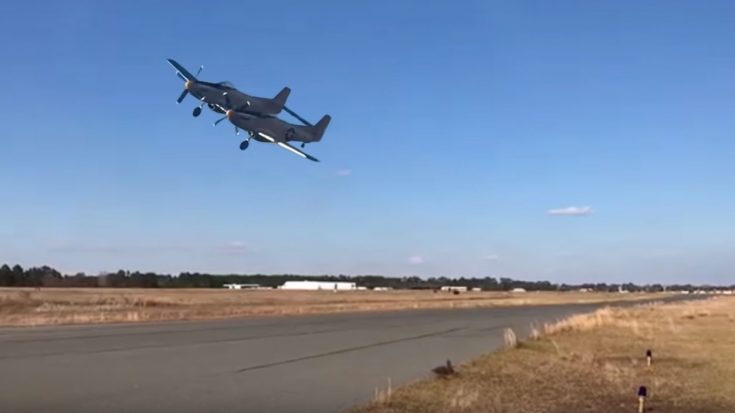 Eleven years after Tom Reilly found a rotting XP-82 Twin Mustang at a client’s field, it’s been restored, the FAA finally certified this warbird and it made its first official flight on January 28th, 2019.

We specifically used the word “official” because just last month, this baby took off semi-accidentally while performing a high-speed taxi test. The test pilot gained a bit too much speed and had no choice but to get the wheels off the ground, something no one caught on camera because it happened so quickly.

This time around, everything went as planned, meaning, the aircraft was supposed to take off and it did. Also, we got our hands on the clip below showing this thing soaring alongside a Texan.

As for the build, the man we mentioned above is Tom Reilly and is no stranger to restoring warbird. Since 1971, he’s restored 5 North American Yale Trainers but his pride and joy was a B-25. Since he knew what he was doing, he then worked with museums helping to restore the B-17 909 and B-24 Witchcraft.

Naturally, finding an XP-82 was very appealing to him and as you’ll see below, he did an incredible job.