Footage Shows Engine Blow Out At 36,000 Feet During Airbus Flight 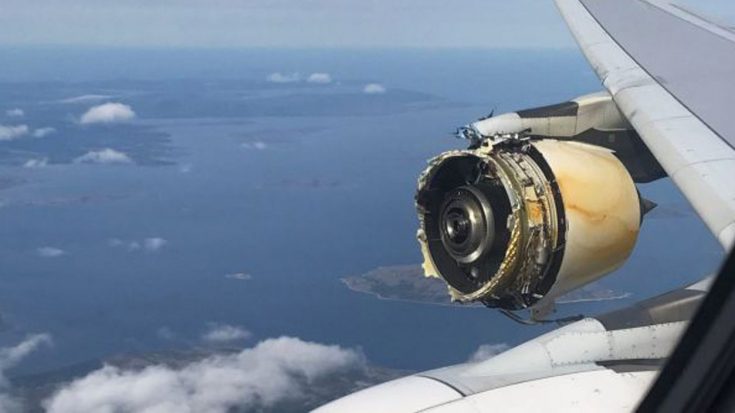 Everyone Made It Alright.

On Saturday, September 30th, 2017, passengers flying from Paris to Los Angeles on a double-decker Airbus A380 were awakened by a loud thud. That thud was the sound of the starboard engine exploding.

Just before 9 a.m., the flight was about 5 hours into their journey at 36,000 feet and just passing Greenland when one engine had a “catastrophic failure.” The passengers told the press they instantly felt a tremendous drop and lots of vibration until the crew got the plane under control again. People were yelling in panic and holding on to their chairs.

As the world’s “largest passenger plane” has four engines to rely on, the situation was quickly under control. The pilot radioed in an emergency landing and the massive plane landed Goose Bay airport in Canada. The 447 passengers had to then wait for hours for Air France to summon two smaller planes to get them to their destination.

The cause of the engine failure is unknown and is under investigation.

Not that we’re trying to stick it to Airbus here, but as the quote goes that started in World War II, “If it ain’t Boeing, I’m not going.”