For The First Time In History, An Me 262 Flies With These Two Fighters 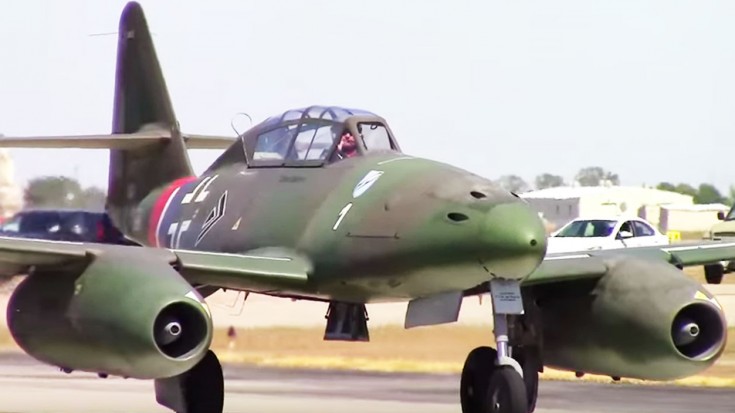 These Spectacular Warbirds Have Never Flown Together.

During the third week of October 2015, the Commemorative Air Force put together their annual show named Wings Over Houston. A spectacular event, it hosts a variety of aircraft over two days including jets, U.S. Coast Guard Helicopters, private aerobatic pilots as well as a skydiving team. Lets also not forget World War II planes of course, as in our opinion they stole the show.

The mission of the Commemorative Air Force is “to promote patriotism, awareness of former and current military assets protecting our nation and the world.”

In this awesome video, you’ll see an Me 262 (the first operational jet in the world) flying in formation with a P-51 Mustang and a Supermarine Spitfire. What makes this such a unique event is that although this jet has flown beside a Mustang before, it has never flown with a Spitfire. Together, it’s really quite a sight to see.

Excellent organizers, the Commemorative Air Force managed to get 7 other museums to fly their airworthy aircraft to the event, including Lonestar Flight Museum , Texas Legends Flying Museum, Vietnam War Flight Museum, Lewis Collection, Cavanaugh Flight Museum and the Collings Foundation. Together, these guys put on a truly spectacular show.