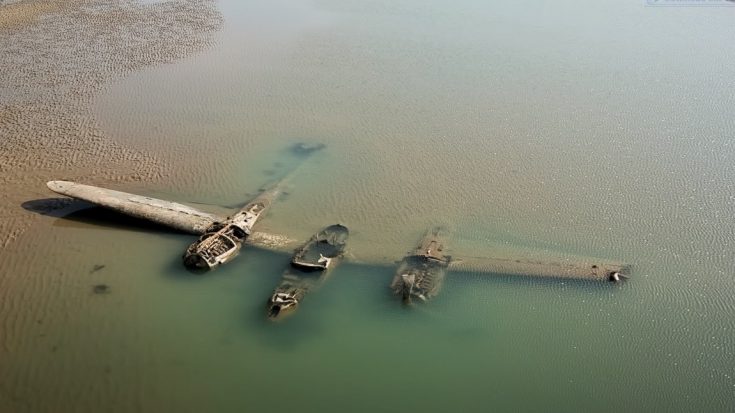 The Maid of Harlech

Back in 2007, a wing of an unknown aircraft was seen protruding from the sands of a beach in Harlech, Wales. A resident in the area snapped a picture and sent it to the Ministry of Defense. They claimed it was a drone and paid no attention to it.

Powered by his curiosity, the resident sent a copy to the local newspaper hoping to find a better answer. This piqued the interest of local historian Matt Rimmer. He quickly identified the sunken aircraft as the P-38F Lightning and began connecting the dots.

Rimmer discovered that the P-38 was used by a pilot named Robert Elliot. The plane had to land on the beach after both of its engines died during an exercise. Elliot had plans to salvage the plane but his group was sent to North Africa. In return, the plane was left there for 65 years until it was finally found by the resident.