This Man Invented Himself The Most Unique Job In The World 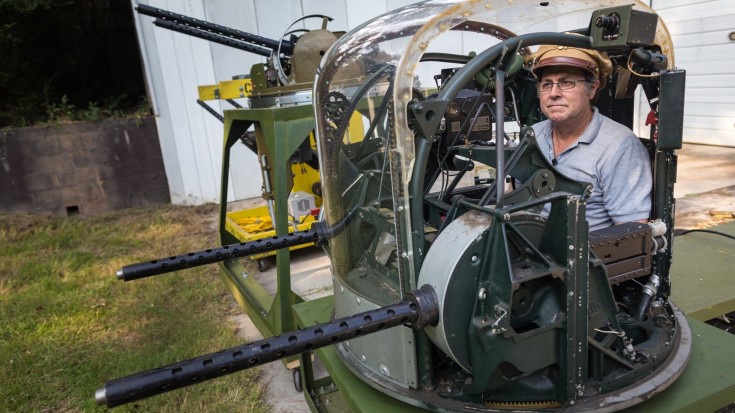 Ever Wonder How Our Favorite Birds Fly Again? Through People Like This!

People pick up many hobbies. Carpentry, kite-flying and stamp collecting, while we here love our planes. Fred Bieser however, is even more specific when it comes to investing his time. For the past 30 years, he immersed himself in World War II bomber turret restoration. We’re all awaiting the next B-17 Flying Fortress or B-24 Liberator to take flight, and it’s because of men like Fred that we get to see them. He owns a workshop in Atlanta, Georgia, where he collects scrapped turrets, gets new parts and continues to work on his passion.

Usually when I get them they are crumpled balls of rusty metal. Once you have the parts, you of course need the manuals and because of the wonder of the internet now, there is a lot of things that I can find now on Ebay…-Fred Bieser, Turret Restorer

Thus far, Fred has restored 7 turrets to their original condition and they are fully operational. His goal is to restore 20 turrets to working condition, with 7 already completed. He believes that turrets are the most under told part of World War II history, because there are not many of them around. He loves to showcase his work, and has had over 3,000 children sit in his turrets, which he believes are great educational tools.