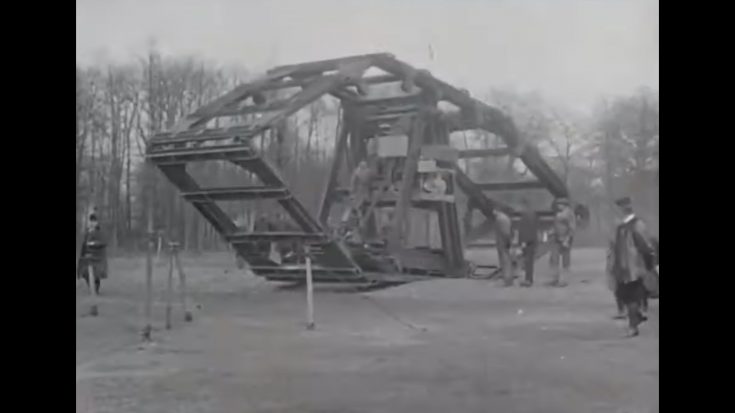 30-tonne Tank With No Armor

This behemoth of a landship was designed in 1914 and built a year later. The Appareil Boirault or the Boirault Machine was a rhomboid-shaped skeleton tank with a single overhead track. Its intended role during WWI was to destroy and run over barbed wires scattered around trenches.

The Boirault had huge parallel tracks with metallic frames that rotated around a triangular motorized center. Furthermore, the machine was manned by two crewmembers and powered by a single 80 hp petrol engine that pushed its top speed to 1.86 mph.

Aside from its slow speed, the skeleton tank also lacked any armor to protect itself on the battlefield. It was later deemed impractical and was scratched off the drawing board in favor of the Little Willie tank which came six months later.