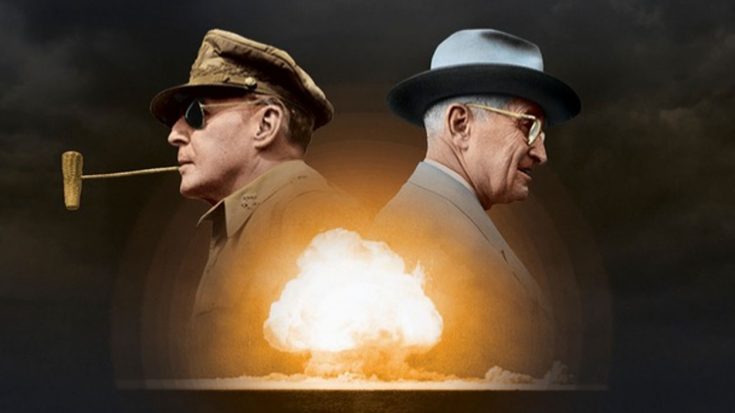 The General vs. the President: MacArthur and Truman at the Brink of Nuclear War

General Douglas MacArthur has often been hailed as one of the greatest heroes of World War II. He rose to glory by leading the Allied Forces to victory over Imperial Japan and then helping to restore the shattered nation to peace and prominence. However, General MacArthur had his not so proud moments which led to a fall from grace in the eyes of the world.

Following the end of WWII, the nation of Korea was freed from the control of the forces of Imperial Japan. The nation was occupied by American Forces in the south while the Soviet Union remained in the north. In 1950 after Soviet and American troops had left their occupied territories the North Koreans invaded the sound, leading to the start of the Korean War.

The United Nations approved a military assault under the command of General Douglas MacArthur to liberate South Korea from the control of the North. This military intervention drove back the enemies but things took a turn when the Chinese Army joined forces with North Korea. The intervention from Chinese Army proved to be too much of an uphill battle for the American forces in Korea.

MacArthur needed a victory to prevent the spread of communism throughout Asia and advocated for the use of the atomic bomb. Once upon a time, General MacArthur had opposed the use of the atomic bomb against Japan, knowing victory was on the horizon but was overruled as President Truman went ahead with the bombs to shorten the war. However, MacArthur kept pressing for the use of atomic weapons against the communists and as a result, was relieved of his command by President Truman on grounds of insubordination.

“With deep regret, I have concluded that General of the Army Douglas MacArthur is unable to give his wholehearted support to the policies of the United States Government and of the United Nations in matters pertaining to his official duties.”

In truth, the two of them had been coming to blows for some time and President Truman felt that MacArthur’s all too aggressive methods would lead to World War III. Truman’s approval rating fell after the incident but MacArthur’s popularity never really recovered either. He went on a speaking tour throughout the United States but audience numbers began to dwindle when they felt his speeches were more self-serving rather than for the prosperity of the United States.

A great resource for this story is The General vs. the President: MacArthur and Truman at the Brink of Nuclear War by H. W. Brands. This video from Simple History takes a look at the Korean War and the downfall of General MacArthur.