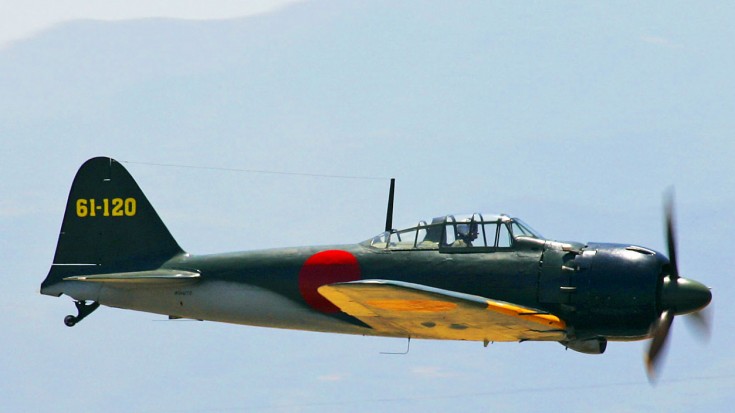 Designed and produced by Mitsubishi Heavy Industries, the A6M Mitsubishi Zero flew over the Pacific for five consecutive years, from 1940 to 1945, as part of the Imperial Japanese Navy. Before the Allies were able to respond by building more efficient fighter planes, the Reisen, as the Japanese dubbed it, outperformed its opposition with ease, both due to its quickness, maneuverability and the skill of its pilots.

Japanese engines aren’t particularly known for their horsepower. The A6M1 prototype was fitted with a Zuisei radial engine that only emmited 780 hp, although later models would make use of the 950 hp Nakajima Sakae. The fighter was incredibly light, weighing just over five thousand pounds when loaded. It could reach 417 mph and climb just under 3,000 feet per minute.

Small as it was designed to deploy from aircraft carriers, the A6M Mitsubishi Zero was able to travel long distances. While the Allies managed to acquire the blueprints for it, they never made use of them in any way. With Japan clearly losing the war, the A6M planes began to be used by kamikaze pilots.