The German Counter Tactic That Destroyed B-17 Formations 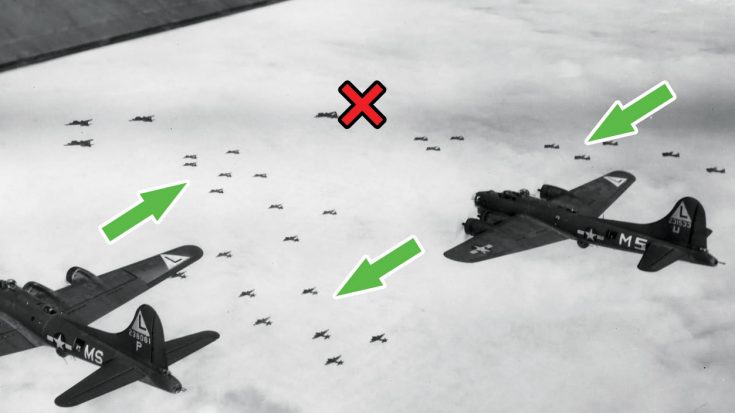 World War II brought us the bloodiest air battles in history with countless aircraft lost on all sides every day for six years. The raids over German territory during the later years of the war were especially deadly, with Allied bomber formations plummeting toward the earth almost constantly. This is why new tactics needed to be developed.

Keep in mind that this was invented before bomber escorts. P-51 Mustangs, for example, were introduced to the RAF in 1942 and were one of the few agile fighters that could travel the distances bombers could. Before that, bomber crews were on their own.

One of the earliest tactics developed was the staggered combat box formation.  Taking into account statistics and surviving bomber crews’ experience, the USAAF trained bomber pilots to fly in tight formations or “boxes,” as you’ll see in the picture below. This allowed all B-17 gunners to protect each other.

This allowed all B-17 gunners to protect each other from virtually all angles increasing the survivability of the entire squadron. This was also known as the “flying porcupine” of which the Germans did a training diagram of below. In this formation, diving at the combat box was deadly for intercepting aircraft.

Now it was time for the Luftwaffe to adapt.

The major setback of the box formation was the fact that it only worked if the entire squadron flew together without deviating from course. If one pilot got cold feet under attack and left the formation, there was a high statistical chance his plane would be picked off quickly. Also, it made the entire formation more vulnerable until the gap was closed.

In addition to that, German fighter pilots used the bomber squadron’s inability to turn to make high-speed strafing attacks. Spraying bullets toward the entire squadron increased their chances of getting multiple hits all the while getting in and out fast and avoiding lingering around which was riskier.

Either way, both fighters and bombers scored many kills on each other despite their tactics and counter tactics.