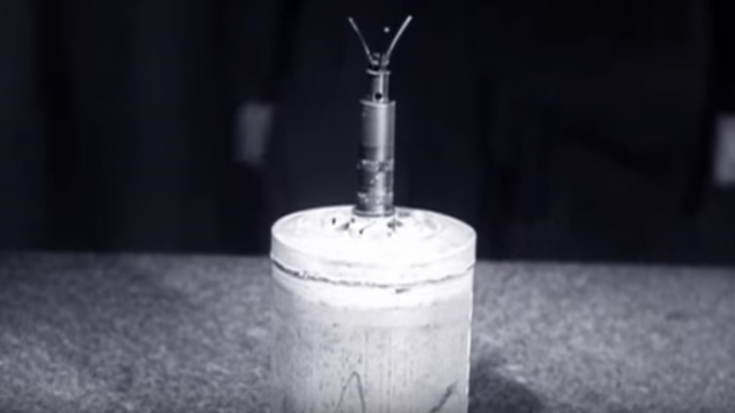 If there’s a perfect example of a little thing that everyone fears, it would be mines. To be fair, disarming it is pretty easy but the problem lies in finding each one of them. It would detonate about three feet from the ground and spray shrapnel everywhere. That alone guarantees it won’t be a pretty sight and to describe it as “nasty” would be an understatement.

Fun Fact: Two versions were produced and named SMi-35 and SMi-44. The designation was according to the year they were first produced. There isn’t much difference between them, just minor ones.

It’s no surprise that this design is often imitated by other countries. It’s an effective defense strategy since it was lethal and has been proven effective. They inflicted heavy casualties and they easily slowed the opponents who are moving towards German-held territory.

The S-Mines or Bouncing Betty are undoubtedly some of the scariest traps in World War 2.