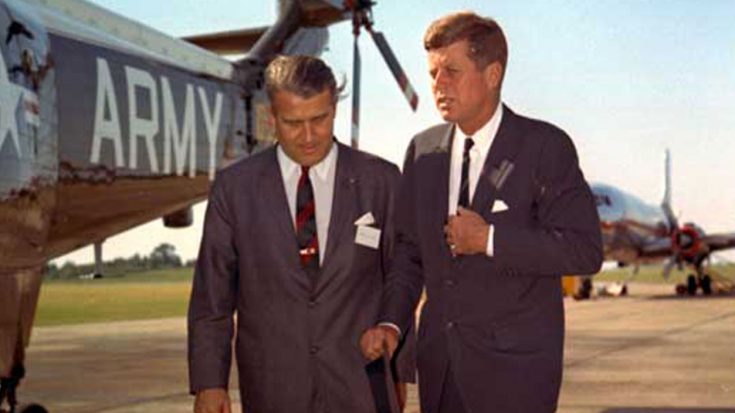 World War II brought the world countless scientific innovations and weaponry breakthroughs, but the V-2 Rocket brought both. Developed by Werner Von Braun V-2s were the most destructive weapons of WWII until the creation of the atomic bomb. Adolf Hitler approved V-2 rocket tests for use on his own people, leveling German towns for the sake of research. In August of 1944, the V-2 met with approval from Hitler and spearheaded the program to boost German morale.

From September 1944 through March 1945 they launched an onslaught of attacks firing nearly 2,500 rockets at Allied targets. Rocket attacks managed to kill roughly 2,700 civilians over the course of seven months. Averaging two kills per rocket proved costly and not as effective as Luftwaffe Bombings. Rockets were innovative and powerful but by the time they finally gained momentum Germany had already lost the war. However, the science behind the V-2 rockets was valuable as a result Werner Von Braun became an important man.

“When the war ended in 1945, von Braun understood that both the United States and the Soviet Union had a powerful desire to obtain the knowledge he and his fellow scientists had acquired in developing the V-2. Von Braun and most of his Peenemünde colleagues surrendered to the U.S. military; he would eventually become director of NASA’s Marshall Space Flight Center in Huntsville, Alabama. There he helped design the Saturn V (in this case, the V stood for the Roman numeral five, not vengeance), the rocket that launched U.S. astronauts toward the moon.”

Werner Von Braun went from Nazi weaponeer to the father of modern rocket science. If not for this weapon there would be no space travel. A collection of clips following this article shows the test process of this powerful weapon.