Germans Forced To See Horrors Of Concentration Camp – Was This Going Too Far? [Graphic Content] 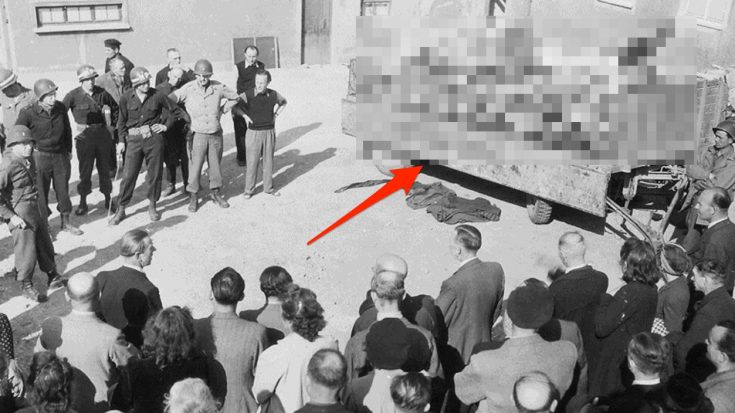 Following the death of Adolf Hitler and the fall of Third Reich, the Allied Forces began their occupation of Germany. The military leaders of Nazi Germany were set to be put on trial for war crimes committed during the war. At the front of the war crimes was the holocaust, resulting in the deaths of millions of innocent Jews, Roma and other people that did not fit in with the vision of the Aryan Race.

The Allied Forces knew that German citizens would not trust them at first but their trust must be gained. When it came to the Holocaust the German citizens were kept in the dark about what the Nazis were really up to. The Allies made a tough call in order to gain the trust of the German people, they had to show them the horrors of the concentration camps.

German citizens living near concentration camps were gathered and marched into the compounds. There they bore witness to the worst horrors of the Nazi Empire. They saw emaciated survivors, dead bodies piled high, the horrible smell of the living conditions, the gas chambers, lampshades made of human skin and so much more.

The people walking over began the day in a cheerful mood, but by the end of the visit, the majority of them looked completely disgusted. Were the Allied Forces justified in showing the horrors of the concentration camps to the Germans or was this going too far? Watch the archival footage in this clip.