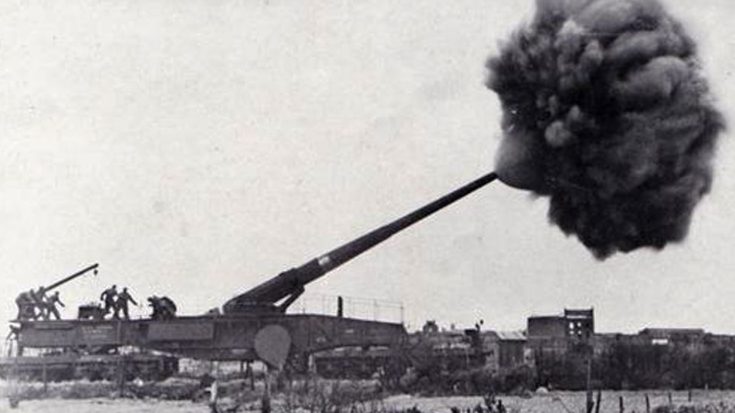 Nazi Germany developed many incredible weapons in their quest for world domination. Destructive firepower was everything for the Germans from handheld panzerfausts to 88mm Flak guns in order to thwart invading Allied Forces. When things got dire for the Germans they brought out the big guns, artillery so big that it could only be moved by train the Krupp K5 railway gun. 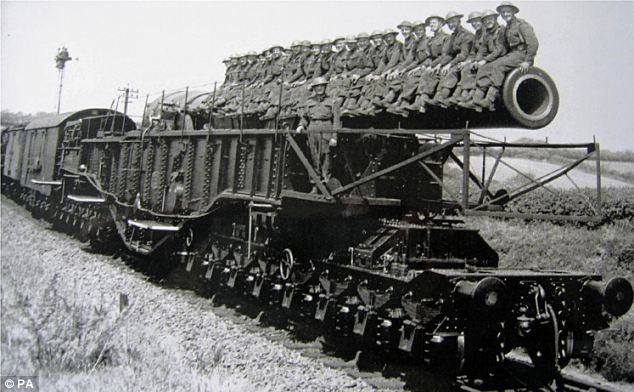 Although the railgun actually dates back to the American Civil War, there were many innovations taken for the new models during WWII. The Krupp K5 measured at an immense length of 71 feet, firing 562-lb projectiles at a range of almost 40 miles.

“They were first employed during WWII along the coast of France to harass shipping along the English Channel. With their range, the guns stationed at Calais, France, could also hit targets in Dover, England. Using special rocket-assisted projectiles to increase the range, the Germans could even target London.”

The weakness of the Krupp K5 was that it couldn’t be aimed and had to find a section of curved rail in order to hit targets with greater accuracy. It sounds insane but attacks from the Krupp K5 could actually hit Great Britain from trains stationed in France. In this archival footage, you can see just how powerful this railway gun was as it launches attacks on Great Britain.