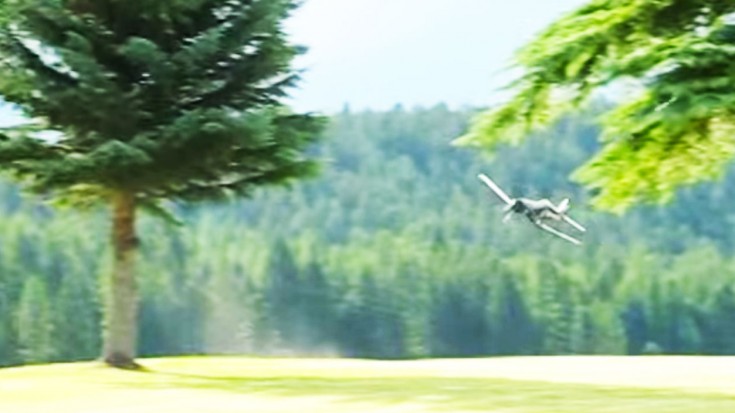 Got To Hand It To Him, He Knows How To Invest And Have Fun!

Meet Jim from Montana, a man of wealth but more importantly, great taste. Quite obviously an aviation connoisseur, he has a private collection of his own planes, ranging from early biplanes to some jet powered wonders as well. What we love to see however, are his World War II warbirds, of which he has four.

Here are the warbirds he has in his collection:

The Corsair in the video, which is handled wonderfully by the way, is an F4U-5NL. This variant was built after World War II and had some significant improvements over its predecessors. The biggest change of the 5NL was the fact that it was a winterized version which had rubber de-icing boots on the edge of the wings and tail. There were only 101 such variants produced, and Jim here got his hands on one of them. Since he lives in Montana, a winterized Corsair is quite fitting.