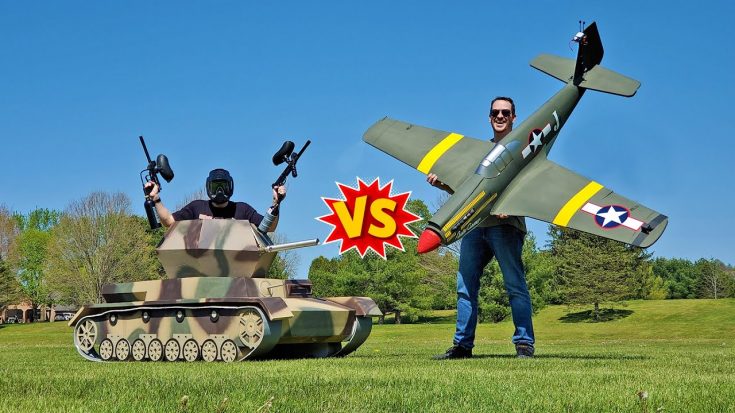 They went all-out with designing that A-36 Apache. The FliteTest crew did their research and you can see it by how accurately they made the A-36. Their budget for this video might have all been allocated to making that plane!

The Apache’s makeshift bombs are also actually pretty clever. They basically made a bomb, cut holes on the sides, and put eggs inside to mimic its impact.

When it came to designing the Flakpanzer though, they had to cut some corners. They took off the top of the panzer to make room for its new turret – a man with a paintball!

These ingenious designs led to a fun battle between the two. The Apache almost hit the Flakpanzer with one of its bombs but the other bomb unfortunately wasn’t able to be ejected. Meanwhile, the tank did a number on the Apache when it flew too close.

We’ll chalk that one up to pilot error. Watch their epic battle below!